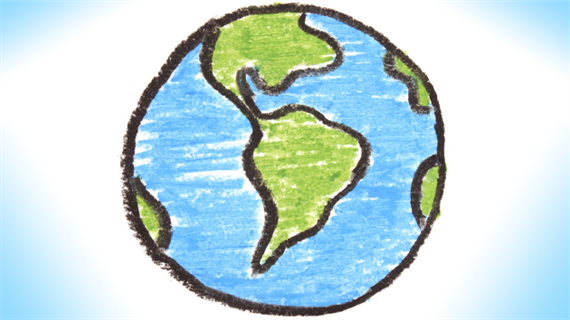 This Saturday is Earth Day 2017 , so it’s the perfect time to start thinking about the planet we live on – and how to save it.

Every year, more than one billion people across the world mark the event by showing support for environmental protection .

Festivals, rallies and outdoor events are held in nearly 200 countries – often, with the support of A-list celebrities and political leaders.

But why do we celebrate Earth Day? And how is it observed by people globally?

Here, we provide a guide to the event, which takes place on April 22 each year.

When is Earth Day?

Earth Day is celebrated on April 22 every year.

What is Earth Day?

Earth Day aims to encourage people across the world to be more environmentally friendly.

This might mean increasing the amount they recycle, volunteering for a local green project or installing solar panels in their home.

The very first event for Earth Day, which was held in America nearly five decades ago following a devastating oil spill, is credited as the beginning of the modern environmental movement.

Since its launch, Earth Day has been supported by an array of famous faces, including Hollywood stars Leonardo DiCaprio and Emma Watson.

Now it is coordinated globally by the non-profit Earth Day Network, which describes it as “the largest secular holiday in the world”.

Each year, festivals, parades and rallies are held in at least 192 countries to demonstrate support for environmental protection.

The day has its own flag, which was created by US peace activist John McConnell and, perhaps unsurprisingly, features a picture of the world on it.

It also has its own anthems – one of which is performed to the tune of Beethoven’s Ode To Joy, but with lyrics about protecting the planet.

This year, more than one billion people are expected to celebrate Earth Day.

For details of events in your area, visit www.earthday.org .

What is the Paris Agreement?

Last year, the Paris Agreement saw 196 countries agree to cut their carbon emissions in an effort to keep the increase of average global temperature to well below 2°C above pre-industrial levels.

It took 20 years to put in place and saw president Obama agree to reduce greenhouse gas emissions across the USA’s economy by 26% over the next decade – leaving it at 28% in 2025 when compared to 2005 levels.

Where is Earth Day celebrated?

All across the Earth, of course!

It was founded by former US senator Gaylord Nelson after he saw the enormous 1969 oil spill in Santa Barbara, California.

To mark the landmark occasion, a staggering 20 million people took part in rallies across the US.

In 1990, the event went global, with 200 million people in 141 countries celebrating it, according to the Earth Day Network.

More than two decades on, at least 192 countries mark Earth Day every year, including Britain, Canada, Ukraine, Spain, and the Philippines.

Some communities even celebrate Earth Week – an entire seven days of activities and rallies focused on the world’s environmental problems.

How should I celebrate?

Google is marking Earth Day 2017 with one of its famous doodles.

The Doodle follows the story of a fox who dreams about an Earth that’s been polluted and adversely affected by climate change.

The fox wakes with a start, and urgently starts making small lifestyle changes to care for the Earth.

Along the way, the fox enlists friends – including Momo the cat, and Google Weather’s favourite frog – to join its quest to protect and nurture the environment.

To combat things like coral bleaching and pollution, the three eco-rangers are inspired to take action such as eating less meat, carpooling, and unplugging unused electronic devices.

If you click beyond the Doodle to Google Search, you’ll find Google’s Earth Day tips to help you do your part in saving our planet.

2 thoughts on “When is Earth Day 2017 and what is it all about? Everything you need to know about the environmental event”